The deportation and extermination of Jews by the Nazis, as discussed at the Wannsee Conference, started in the spring of 1942. Jews who wanted to avoid deportation had to go into hiding. This post highlights the problems they encountered and the help they got from Jewish individuals and groups.

The first deportation train left the Netherlands in the night of 14 to 15 July 1942. Its destination was Auschwitz. By September 1943 more than 93,000 Jews had been taken from the Netherlands. This figure rose to about 107,000 in September 1944. Only a few thousand survived. Most of the others were gassed in the extermination camps of Auschwitz and Sobibor, often on arrival after a gruelling train journey in locked goods wagons or cattle carriages that lasted several days. The remaining victims died quickly, mostly of hunger and disease in slave labour camps.

In the Holocaust, 71 percent of Dutch Jewry perished; of the about 140,000 Jews in the Netherlands just over 100,000 were murdered by the Nazis. When Amsterdam was liberated in 1945, only about 5,000 of the more than 65,000 Jews who had lived in the capital of the Netherlands five years earlier were still living in the city. That loss of life was proportionally higher than in other western European countries.

Nevertheless, there was resistance. In July 1942 more than one-third of the total number of persons who were summoned for the first transport from Amsterdam refused to turn up. In other Dutch cities the disobedience was even relatively greater.

Ignoring the deportation order meant disregarding the advice of the Jewish Council, which instructed people to obey. It was outright dangerous, because if you were caught disobeying a German order, you were threatened with being sent to notorious concentration camps such as Mauthausen, from where nobody seemed to return. When despite the Council advice and the German threat, many didn’t show up at the deportation centres, the Germans took Jewish hostages as a reprisal. Later more Jews were rounded up in razzias on the streets or collected from their houses at night by Dutch policemen, including special units, who forcefully gathered many Jews from their homes.

For most Jews in the Netherlands it was therefore difficult, if not impossible to extract themselves from deportation. You could flee, but neutral or Allied territory was far away and hard to reach. The Dutch landscape offered little cover as the flat countryside had no large forests or deserted areas where you could hide. Going into hiding in the home of a non-Jew seemed the only plausible option.

However, you needed an awful lot to go into hiding. For a start, a shelter. Often the first place was close to your home, in towns or cities, with friends or colleagues. When this hide-out became unsafe, you had to find another. And how long would that one last? Nobody was able to predict accurately the time you had to hide — weeks, months, years?

For example, typographer Fré Cohen was determined not to be deported – she moved from hiding place to hiding place, but was caught and committed suicide.

Furthermore, you could only get food and other essential goods when you had official ration cards and coupons, but you no longer received these cards and coupons when you went into hiding. You might be able to buy food or ration documents on the black market, just as you could purchase falsified identity documents, but they usually were expensive. Few Jews had the financial means to pay for it all. You could steal or falsify documents yourself, but who had the ready skills to do that properly? And finally, without these papers you couldn’t go out on the street or travel by public transport because of frequent roadblocks and checks.

The problems grew infinitely worse for people who had children. There weren’t enough hiding places, never mind shelters for families. Often, they had to leave one of more of their children with non-Jewish helpers. That resulted in terrible dilemmas and questions you couldn’t answer. Can you hand over your child? Will it be safe with people you don’t know? How long will the child be secure with them? And after that? Would it be better to stay together and face fate? Similar issues arose with elderly parents and other family members. It was simply impossible to take them with you when you went into hiding.

Plus, there was the constant danger of betrayal or of being discovered by accident, and then your punishment would be severe.

Despite all the problems and risks, many Jews tried to hide. Possibly about 28,000 Jews went into hiding in the Netherlands (about one in every five Jews in the country). Almost 12,000 of them were betrayed, discovered and deported, which illustrates the difficulties Jews met when they tried to escape deportation.

Many Jews in hiding were assisted by Jewish individuals and small Jewish rescue and care groups. There were several of these groups, including the Palestine Pioneers.

Jews helped other Jews avoid deportation, escape from transport trains, deportation centres and the main transit camp, Westerbork. Fleeing that camp was extremely hard. It has been estimated that in total just over 250 prisoners escaped. More than 60 of them were smuggled out of the camp by Jewish groups. These groups also looked after Jews in hiding, providing them for almost three years with safe shelters, false documents, clandestine publications and essential food.

Other Jews who had gone into hiding worked individually or within general resistance organisations. They all fought against their fate, desperately trying to beat the odds, but saving thousands of lives, so that in the end, the Nazis failed to reach the Wannsee aim – they couldn’t destroy European Jewry.

My new book, Individuals and Small Groups in Jewish Resistance to the Holocaust. A Case Study of a Young Couple and their Friends, is published by Anthem Press. 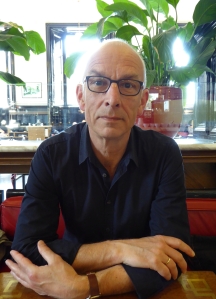